3rd conference of the ERC NEPOSTRANS research project,
co-organized with the Archives of the City of Budapest

VENUE:
Archives of The City of Budapest, Teve utca 3–5., Budapest 1139
Online via Zoom

East Central Europe has been a favorite site for the analysis of nationhood and ethnicity across the humanities and social sciences. Several theories of nationalism were developed based on cases taken from the region, and recent critical, sometimes revisionist, understandings of nationhood frequently call upon material collected from this area. Within contemporary historiography, the most notable trend is the gradual abandonment of pervasive national- and nation-state-centered narratives in imperial histories and the repositioning of nationalism as a driver of social change and organization. According to these works—which often attempted to reverse the observer’s analytical perspective, and whichinspired widespread engagement with “bottom-up” research in nationalism studies along the way—imperial order(s) were more flexible with and towards nationalism, and they served as incubators or facilitators just as much as inhibitors of nationalizing societies.
At this conference, we intend to bring together and reflect on bottom-up perspectives on nationhood and ethnicity. By mixing perspectives and methods, we intend to grasp the role of ethnicization and nationalization in the state-building processes of post-Habsburg successor states in the most practical terms, that is, what it meant for individuals and local communities to engage with a new form of statehood. Taking small-scale case studies that reveal mechanisms of adjustment, adaptation, and adoption—and which bring forth the social and political dynamics behind these—we hope to deconstruct narratives of ethnicization and nationalization that have been taken for granted. At the same time, we will attempt to map out nationally-centered societies in structural terms (i.e., relating ethnicity to socio-economic class, visibility and invisibility of people, and so on), the institutionalization and normalization of national identifications, alternative forms of identification, and so forth, for a better understanding of the local processes that were happening within the context of an accelerating nationalization in postimperial East Central Europe more broadly. Therefore, our ultimate question is not whether people were nationalized or not; instead, we focus on what ethnicity meant in local and regional imperial and post-imperial contexts. 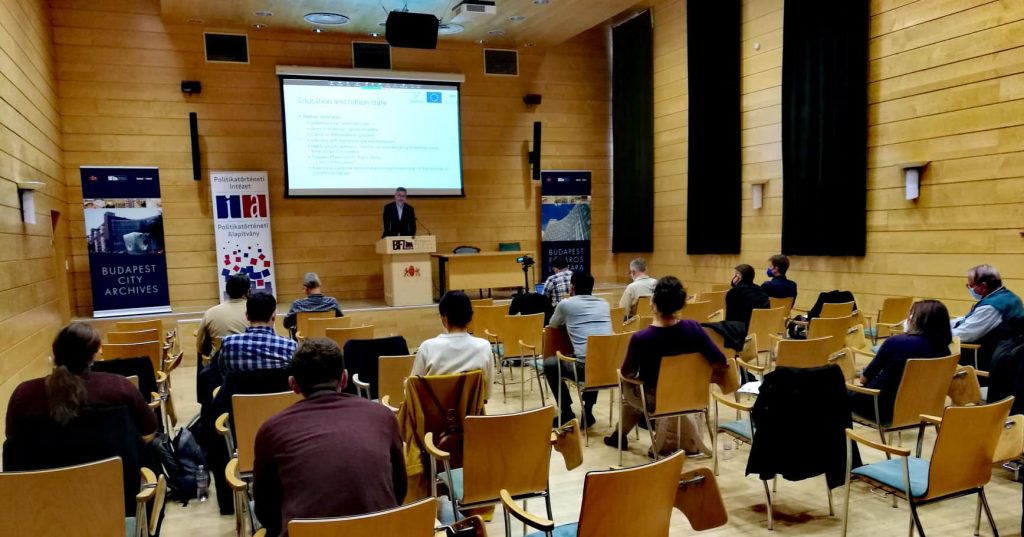 (All times are CET)

Panel 1
Below the Nation?

9:50–10:10
Oliver Pejić: Transitioning to a ‘National’ World? Popular Engagement with Nationalism in Lower Styria and Bačka/Bácska/Batschka in the First Decade of Yugoslav Rule (1918/9–1929)

Panel 2
The Labors of Ethnicity?

11:15–11:35
Ségolène Plyer: When Did the National Question in the Northeast Bohemian Coal Fields Began? The Period after 1918 from a Post-dependency Perspective

11:35–11:55
Wiktor Marzec: Figurations of Ethnicity and Working Class Politics in the Ethnic Borderlands of the Late Russian Empire

Panel 3
Ethnicity from Below: Classification and Agency

14:15–14:35
Jernej Kosi: Prekmurci or “People of Prekmurje”: Patterns of Classification, Identification and Adaptation in a “Redeemed” Yugoslav Region

Panel 4
Jews and Others, the Jews as Others

10:20–10:40
Jan Rybak: A Nation among the Nations: Zionism’s Breakthrough in Eastern and Central Europe

Panel 5
Right(s) in the Middle: the Backbone of the Nation?

11:45–12:05
Sergiu Delcea: A Nation of Bureaucrats or a Nation of Workers? Welfare Benefits as Nation-Building Modernization Tools in Interwar Romania

12:05–12:25
Anikó Izsák: The Formation of the Romanian National Councils in Satu Mare County

Panel 6
Ambiguities at the Edge

14:20–14:40
Ivan Jeličić: From the Last Bastions of Italianity on the Easternmost Border of the Homeland: Divergences among Italian-speakers in Post-Imperial Fiume and Liburnia