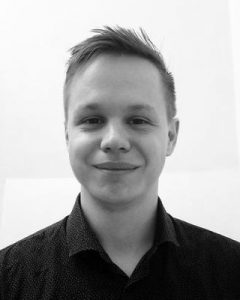 My name is Gergely Izsák, I was born in Dunajská Streda, in Slovakia on the 28th of October, 1992. I graduated from the Selye János Gimnázium of Komarno in 2012. In 2013 I started my studies at Eötvös Loránd University of Budapest, when I get my experience leading to a bachelor degree of history in 2016. My specialization was the history of countries of the Visegrad Group, and to get the degree, I needed to write a thesis which describes a part of the specialization’s history. My thesis was about: The interstate relations between the Czechs and the Hungarians through 1848–1867.

I started the MSc course, which is a specialization of the Department of Economy and Social History. In 2017 I attended the XXXIII. National Students’ Research Conference (OTDK), where my research was about: The volley of Černova and it’s judgement in the period. In the summer semester of 2018 I’ve been visiting Charles University in Prague for 5 months as an Erasmus student.

My new research field is Czech banks in Austria-Hungary, and what was the effect for the Hungarian industrialization process. I want to investigate this topic’s centrum and periphery. Why Hungary was a political center in the Austro-Hungarian Monarchy, while its economy was in the periphery, and why was the Lands of the Bohemian Crown was the opposite of that?