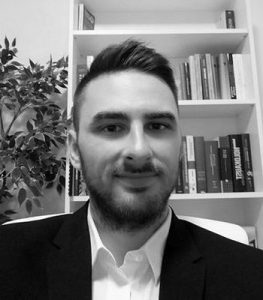 Lovro Kralj is a historian dealing with the nineteenth and the twentieth century history of Europe. He specialises in the fields of nationalism, antisemitism, fascism, Holocaust, genocide, populism and memory studies. His regional focus is on Central and South-East Europe.

Lovro holds a B.A. and an M.A. from the University of Rijeka in Philosophy and History which he had completed in 2015. He holds a second M.A. in Comparative history which he completed at the Central European University in 2015. Currently he is a PhD Candidate at CEU’s History Department with a thesis titled Paving the Road to Death: Antisemitism in the Ustasha Movement 1929-1945.