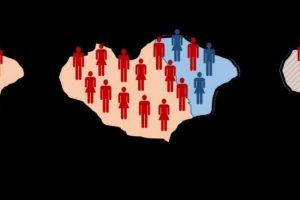 The recently started ERC project aims at writing a transnational history of non-territorial autonomy as an intellectual concept with a chequered history across Europe and as an applied policy tool in handling national diversity on a collective rights approach. The project is based at the Institute for Modern and Contemporary Historical Research at the Austrian Academy of Sciences and proposes to:
• trace the development of theoretical conceptions and political applications of non-territorial autonomy within the Habsburg Empire, by mapping the intellectual networks of its advocates;
• explore the interwar continuities in the development of the idea, its manifestations in policies adopted by governments, as well as its adaptations by diverse, sometimes warring ideological currents: communist, socialist, liberal, conservative and far right;
• analyse the treatment of non-territorial autonomy practices in international minority protection through the present day.

My work package investigates far-right adaptations of non-territorial autonomy during the interwar period, devoting primary focus to the heavily nationalized Bohemian lands, in particular the ethno-federalist model developed by the Sudeten German Party. The principal aim is to show how the idea of non-territorial autonomy was, despite its social democratic origins, well capable of being transformed into a tool for the politics of the far right.

Anna Adorjáni: Interpreting Non-Territorial Autonomy in the Kingdom of Hungary, 1848–1918: Ways to Track a Travelling Idea

In 1850 the liberal political thinker József Eötvös concluded that non-territorial solutions are the right answer to the nationalities’ question in the Habsburg Monarchy. Yet, in the very same paragraph he drew back from its implementation in the Hungarian socio-political framework. While the idea of non-territorial autonomy rolled out as a theory and political practice in Cisleithania, Hungarians did not welcome it until 1918. In their paper on traveling concepts Neumann and Nünning (2012) claim that there is no such thing as a ‘failed’ cultural transfer, as “‘success’ or ‘failure’ of transfers are a matter of cultural and epochal perspective”. My presentation tracks the idea of non-territorial solutions in the Hungarian part of the Monarchy by pointing out, on the one hand the arguments behind the silent refusal, on the other hand the instigating situations, which nevertheless provoked interaction and dialogue about the idea, and finally, the milestones that lead to the adaptation of the idea after 1918.