On July 5, 1920, a month after the signing of the Trianon peace treaty, the newspaper Erdélyi Hírek announced that Sándor Antalffy had arrived in the city of Abony with his family. At that moment, Antalffy was a modestly known official, the district chief (főszolgabíró, primpretor) in Krassó-Szörény/Caraș-Severin county, which had been under Romanian administration since June 1919. A decade later, Antalffy was a figure of relative fame with a respectable administrative career behind him, having served as the mayor of the city of Kalocsa in Hungary since 1921, and become an acknowledged expert of administration, especially urban welfare issues. 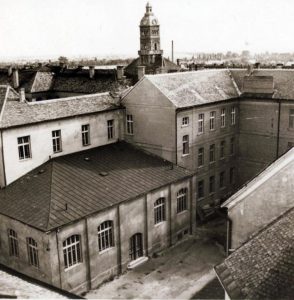 Photo: Kalocsa the tower of the city hall. www.fortepan.hu

On the surface, Antaffy’s story is banal, at least as it is told by those celebratory articles that were published on the occasion of the anniversary of his entry into service, or when he officially retired. Holding the position of district chief in Facsád/Făget in November 1918, he was persecuted by the incoming Romanian administration, laid off after refusing to take the oath of allegiance that the new rulers required, and in one version, even jailed. The reason for his incarceration was—in this version—his personal involvement in the infamous incident in Făget, where pillaging Romanians were dispersed by bombs thrown from military aircraft. Antalffy claimed that he was the commander of this military action. Thus, leaving Romania in the summer of 1920 was more than logical: it was the only means of survival, while his subsequent career demonstrated his professional merit and the credibility of his victimhood story. Not that the latter—the general suffering of Hungarian administrative officials at the hands of the Romanian administration—would ever have been questioned publicly. It became the general image applied to refugees and minority Hungarians. But a closer look at Antalffy’s fate between the end of 1919 and his registration as a refugee in Hungary fails to substantiate this perception.

While the documents preserved in various archives in Romania do not offer a full picture of Antalffy’s fate, he left enough traces to debunk all of his major claims. His chief claim to victimhood—being jailed—is not mentioned in the major works on the history of this period, even though its authors were keen to mention serious grievances. But there is more palpable proof of his twisting the truth after his arrival to Hungary. Antalffy was still a district chief in the new, Romanian county administration in March 1920, 9 months after its institution, and he duly responded to several queries of and executed orders from his superior, the vice-prefect. In one case the vice-prefect ordered his subordinates, including district administrations, to finally start using the Romanian language in their internal and external documents and explicitly banned the Hungarian or German language. Antalffy’s response was exemplary of the situation faced by the Romanian state in those regions. He crafted an official response, with all the required details and niceties (address, greeting, datum, etc.) in Romanian, and an obedient answer in between. The district chief insisted in proper Hungarian bureaucratic parlance that the order was already implemented in the district administration (!), that and all documents would be written in Romanian as soon as he had someone on his staff who spoke Romanian. 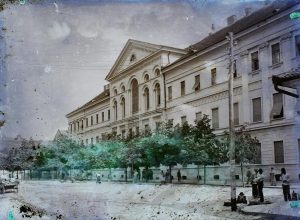 However ironic, Antalffy’s response was no mockery, but rather the modus operandi of an administrative official who still pondered the idea of a career in Caraș-Severin county. Thus, we can safely presume Antalffy had taken the oath, was neither laid off nor jailed, and was a relatively faithful official of Greater Romania for about a year.

Why did he leave? Why and how did he present a story that contradicted his actual experience? The general answer is that his story would have been the expectation in Hungary. Admitting that Romanian rule did not immediately mean the persecution of Hungarians in the administration was contrary to the politics of irredentism that was partly justified by the fate of laid-off public servants, while the story of personal vicissitudes justified material claims against the Hungarian state as a refugee. But Antalffy had more direct personal reasons to gloss over his loyal service in Romania, whatever his reasons for doing it were. Legally, the Romanian oath of allegiance meant the forfeiture of all rights and claims as a Hungarian public official, including one’s actual position on the career ladder and accumulated pension rights. Anyone who had taken the oath would have had to start a new career from the very bottom, at least theoretically.

His later career suggests that Antalffy was driven by the prospect of promotion and was probably very much aware of the pitfalls that his continued service in the Romanian county administration presented in this regard. There is no proof of how he managed to erase its memory and official traces, the explanation that I like to think of is therefore utterly contextual. Still, it is one of the plausible explanations based on how the world of county politics and administration worked in dualist Hungary. The most important figure in this regard is the person of the vice-prefect to whom Antalffy duly reported: Ioan Băltescu. He was the mayor of the county seat of Lugos/Lugoj from 1911 to 1918, elected in this position by a Hungarian-German council majority against Romanian council members (!) and as such a respected figure of the county elite, to whom Antalffy also belonged. Furthermore, Facsád/Făget is not far from Lugos/Lugoj (if Antalffy wished he even could have lived in Lugos/Lugoj and commuted to Facsád/Făget), and thus it is again almost certain that they knew each other, probably well enough to be on informal terms. After the signing of the peace treaty, Antalffy, who so far could have imagined that Romanian rule was temporary, and who was transferred from central Facsád to distant Rakasdia/Răcașdia, could have visited his acquaintance, Băltescu. If it happened, he probably asked the vice-prefect about his career prospects, and if the response was honest—that there was not much room for advancement beyond Antalffy’s actual position—he could have considered his options.

Erasing the traces was also easy, if Băltescu helped him. The vice-prefect could have removed the documents from the archives, and as Antalffy was never supposed to return, it would not really have harmed the Romanian state. But even this probably would have represented an overabundance of caution, as it is hard to see how Budapest ministries would have been able to check documents beyond the new borders. If the local Hungarian elite remained silent, Antalffy would have been safe and could freely craft his new biography. 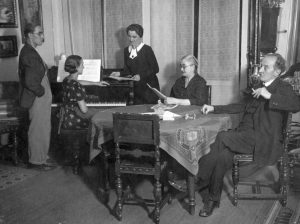 Antalffy’s decision was thus a strategic choice that was only partly the result of a minority experience, as he was not threatened with the immediate loss of his position. Moreover, he was not alone, neither in making rational calculations, nor in continuing his services after the Romanian takeover of the administration. Hundred—if not thousand—of Hungarians continued working in the administration of counties, cities, and the judiciary, and some retired officials decided to take up their duties again. Others decided to leave, but not always for the reasons they communicated later. Antalffy’s case demonstrates how and why they could survive and continue their work, and shows further that even among the convulsions of the collapse of the Monarchy, administrative officials had their agency.